I really never liked or even understood football.  All the jumping on top of each other and hitting each other as hard as you could seemed pretty barbaric to me.  While I attended a few games for social purposes, I never really "got" what was going on and really just watched the clock run down hoping there would not be any time outs to extend my agony!
I did not encourage my son to play football and quietly smiled as my tall and strong 10 year old son said he would rather play fall baseball.....but as you might guess from where this story started....times and boys' interests change...and one hot September afternoon, my son was playing his first football game.  I watched cautiously and with trepidation for sure and REALLY watched the clock run down hoping there would not be any time outs to extend my agony!  My stress level was always high when he was playing - no mamma wants their baby to be at the bottom of the pile.  I never totally understood the game - nor did I really want to fully understand it.  Yes, I figured out getting 4 turns with the ball and needing to go the magic 10 yards for another chance; however, the positions and the rules still eluded me.
When it appeared evident that the agony associated with watching the clock run down hoping there would not be any time outs was likely to extend to his college years, I did "bite the bullet" and start to study the sport.  I learned the positions and why a safety had nothing do do with being safe and I got myself a red sweatshirt to cheer his team on....They were indeed games where the cold took your breath away and where you really did have to SHOVEL your seat before you sat down.  There was rain and there were a lot of long Saturdays; however, I realized that for my son, there was something magical out there on the field that happened when you tried your hardest and left your blood sweat and tears on the field.  Quietly, I began to see the magic and excitement ..  I must admit I felt a touch of sadness as I watched the clock run down during his last college game; the agony I felt was only concern for him at the bottom of the pile.
As you already know, times change and and boys become men and a few of the very lucky players become coaches who still get excited about the Friday Night Lights.
SO, last night when I got home late, hungry and tired after a long week of figuring out how the Common Core Standards will make the world a better place (more about that SOON) while simultaneously really saving the world with my big bag of teaching strategies, my husband greeted me excitedly with, "let's go to Matt's game!"
"We'll be a little late" I noted (like an hour I thought!!!!) but a part of me really did want to go.....and with that....he turned on the television.
So, on a cold windy October night, I  watched the whole game.
I have indeed reached to pinnacle of the reluctant sports mommas....I really wanted the game to go just a little longer, not only because I was wrapped in a quilt in my family room; but also because they just might have pulled out a victory!

Posted by drferreriblogspot.com at Saturday, October 22, 2011 No comments:

I guess when you write one day, you think more about what you WANT to write about the next....Gee I guess that's why our kids need to writer every day!  BUT, that is NOT the purpose of THIS post!
I REDECORATED my blog yesterday BEFORE I posted.  I really didn't think about WHAT I was doing or the significance until I lay in bed thinking before falling asleep.  In reality, I thought about changing the old "wallpaper" because a little icon popped up and told me they had some exciting new ones for me to consider!  In reality, as I lay sleeping, I was wondering if I, like our students, could use that energizing that happens when we "rededicate" our writerly lives through a new notebook, a new cover for an old notebook, or even a new writing project.  I think there are times when ALL of us gets into a "rut" and really needs the "recharging" that change can bring.  SO, the next time a teacher tells me about a student who is in a writing slum or who is not getting enough words on the paper, I am going to suggest: paper options (maybe with borders) or a new notebook or a new topic or a new writing implement or a new location.  Just like a new pair of sneakers might just energize our "exercizerly" lives or retail therapy that might get us through a "down" day, something new might just be what the "writing doctor" ordered!
PS I feel better (energized) already! 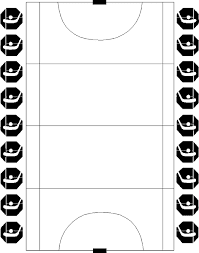 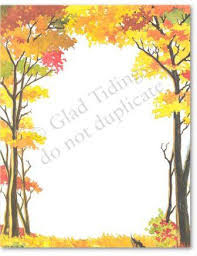 Posted by drferreriblogspot.com at Wednesday, October 19, 2011 No comments:

After many years of living with a teacher, my husband has learned to pretty much "ignore" me in September and in June.  As a non-teacher married to a teacher, he thinks those 2 months are "the worst months for teachers!"
I must admit they are busy months and the days fly by as noted by my LIMITED blog posts in September AND in October.  There is SO much to do.  The new students, the old students with new needs and the plethora of paperwork that modern education entails really do keep us busy; however, I really disagree that these months of settling in and wrapping up are "bad months" for teachers.  In fact, I suspect they are among the most exciting months of the year where the possibilities for and evidence of learning are tangible reminders of the important work we do.
As October unfolds, we are already thinking of our first round of assessments and observing the progress our students have made in the 6 weeks that we have been learning together.
And so, while my lack of blog posts might be evidence of my busy state of being, it is not a sign of bad times....just busy days...and the need for sleep...to stay on top of the paper work, lesson plans and learning.
Posted by drferreriblogspot.com at Tuesday, October 18, 2011 No comments: