Once upon a time

Once upon a time, there was a teacher, who spent many a winter and spring break
in the cold snowy northeast.  She knew other teachers went "away" to warm sunny places and noticed they came back more relaxed and rested than those who stayed home and cleaned their pantries.
There were lots of reasons to not go away for many years.  Some years it was money and other years were just too busy to plan.  There were family responsibilities and college tuition to pay over the years.  There were papers to write and chores awaiting.  Vacations were in the "want" rather than the "need" category.
But times change, children grow, and eventually those tuition bills were paid in full.  There were losses of life and love, finding that teacher in the fully aware of the need to "carpe diem" category.

Long before the break, long before there were reservations, this teacher decided "this was the year." She would leave behind her stressors.  She would forget about health, financial, housing, and estate issues.  She decided it was not a want, but rather a need to dip her toes in the sand and replenish her soul in the sea.
So she made some  plans.....hesitantly....and wondered if she could "pull it off!". She sent off an expedited passport request and secured bargain flights and a place to sleep after a day at the beach.
Then, she waited and the date of her departure loomed within sight.

Then, the test of her real grit began. She drove many a mile, in a pilgrimage to her birthplace for a post-911 birth certificate. Eventual she secured a vital certificate.  She camped out at passport offices in two states and secured a personal contact with the national passport system.
She was reminded, as the cold wind swirled around her ankles, that those who persist and face obstacles with a smile and determination will know the warmth in your heart that comes when you "give it 100%."
Eventually she secured a passport, downloaded 3 books in a Kindle, and was ready to relax.  But she was exhausted. So, ............

Posted by drferreriblogspot.com at Thursday, February 11, 2016 No comments:

per·sist·ence  pərˈsistəns/
noun
Persistence: firm or obstinate continuance in a course of action in spite of difficulty or opposition

I've been incorporating the One Little Word Philosophy into my life for 3 years now, thanks to some of the Two Writing Teachers and Ruth Ayres Writes followers who do so.   The first year, in spite of an aging relatives who were increasingly demanding, I chose JOY.  Such as small and simple word that seemed to contribute to a year of focusing on joy rather than focusing on complaining.  It was a year that in spite of lots of stressors along the way, culminated in a wonderful family celebration where aunts, uncles, friends and even a grandmother gathered to dance and celebrate the gift of family.

Last year, I chose two little words: WHY NOT?  These two little words chosen as I embarked on a mission to reach outside my comfort zone and  climb the Grand Canyon!  Over the year, my Why Nots included, "Why not have a grandbaby or two this week?" and "Why not challenge the status quo of life?" as well as "Why not face death with dignity?" It was the most challenging, scary, gut-wrenching and yet miraculous year of my life.  By New Year's Eve, I was asking myself, "Why not remake your life after the hurricane?" 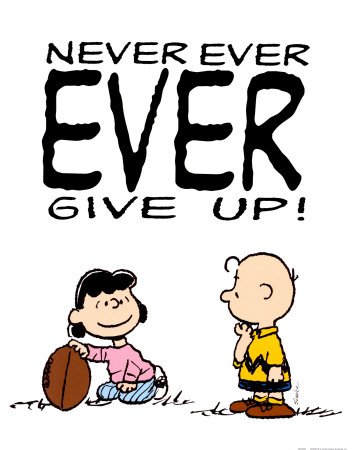 I've blogged little in the past 6 months as a hurricane of epic proportions has swirled the pieces or my life around.  I had not even thought of a OLW for 2016; however, as so many others have said it does, my OLW found me.  At school each morning, we remind our students, "To do their work with pride and persistence."  I started reminding my students of the need to "persist" as a way to get back on task at the end of morning announcements.  While there are other words in our school pledge, the word persistence is the one that kept popping into my head.  As I geared myself up for several "fights" and readied for one of the hardest meetings in my life, the need to persist, in spite of the many obstacles along the way, seemed to become clearer and clearer.  As I encouraged my kids (big as well as little ones) to continue in spite of obstacles, the word PERSISTENCE kept popping into my head.  At times, we all need to be firm and to fight for what we know is right and just.  In all lives, the difficulties and oppositions will be plentiful; however, we are called to persist even when times are hard.  It takes strength and builds character to persist during the hard times. I am pretty sure the "gifts" are plentiful for those who do.
Before posting, I "googled" persistence quotes and found out that "PERSISTENCE" has been the OLW for lots of others!
When I thought I couldn't go on, I forced myself to keep going.
My success is based on persistence, not luck
Estee Lauder
My greatest point is my persistence. I never give up in a match.
However down I am, I fight until the last ball.
My list of matches shows that I have turned a great many
so-called irretrievable defeats into victories

Bjorn Borg
Flaming enthusiasm, backed up by horse sense and persistence,
is the quality that most frequently makes for success
Dale Carnegie
Vitality shows not only in the ability to persist, but in the ability to start over
F. Scott Fitzgerald
Patience and perseverance have a magical effect
before which difficulties disappear and obstacles vanish
John Quincy Adams
Obstacles don't have to stop you.
If you run into a wall, don't turn around and give up.
Figure out how to climb it, go through it, or work around it
Michael Jordan
It does not matter how slowly you go, so long as you do not stop
Confucius
If it fails, admit it frankly and try another. But above all, try something
Franklin D. Roosevelt
Victory belongs to the most persevering
Napoleon Bonaparte
Perseverance is failing nineteen times and succeeding the twentieth
Julie Andrews
As you go along your road in life, you will, if you aim high enough, also meet resistance ...
but no matter how tough the opposition may seem, have courage still and persevere
Madeleine Albright
What this power is, I cannot say. All I know is that it exists and it becomes available
only when you are in that state of mind in which you know exactly what
you want and are fully determined not to quit until you get it A
lexander Graham Bell
One who gains strength by overcoming obstacles possesses
the only strength which can overcome adversity
Albert Schweitzer
A hero is an ordinary individual who finds the strength to persevere
and endure in spite of overwhelming obstacles
Christopher Reeve
I'm very determined and stubborn. There's a desire in me that makes me want to
do more and more, and to do it right. Each one of us has a fire in our heart
for something. It's our goal in life to find it and to keep it lit
Mary Lou Retton
Energy and persistence conquer all things
Benjamin Franklin
Let me tell you the secret that has led me to my goal.
My strength lies solely in my tenacity
Louis Pasteur
Nothing in the world can take the place of persistence.
Talent will not; nothing is more common than unsuccessful men with talent.
Genius will not; unrewarded genius is almost a proverb.
Education will not; the world is full of educated derelicts.
Persistence and determination alone are omnipotent
Calvin Coolidge
The difference between the impossible and the possible lies in a persons' determination Tommy Lasorda

Learning To Be Writers and Readers: In The 21st Century: Curriculum Based Assessment Resources

Reposting Learning To Be Writers and Readers: In The 21st Century: Curriculum Based Assessment Resources

Because these are still good resources!

Posted by drferreriblogspot.com at Tuesday, February 02, 2016 No comments:

I think about the power of read-alouds

When called upon to cover a class
Sharing Balto, Owl Moon, Babymouse,
Or Don't Let the Pigeon Drive the Bus.
In rapt attention,
If only for a that brief moment,
The hooligans halt their shenanigans
Hanging on every word. 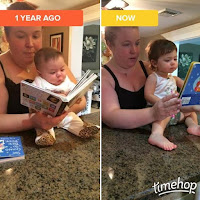 I think about the power of read-alouds
When I see glimpses of a once-so-tiny-preemie,
Happily sharing a book.
Her foundation for language,
Vocabulary,
Phonological awareness,
Concepts of print,
Are as strong as she is now.

When I think of the power of read-alouds,
Strickland Gillilan's words of long ago,
Still so true,
Dance through my head.
http://www.zerotothree.org/child-development/early-language-literacy/earlyliteracy2pagehandout.pdf