My challenge, according to the lawyer, was to create a 4-generation family tree for the judge who would be deciding if her will was valid! Could I do it by Tuesday? I wish she had asked me to write about a few of the family stories my Aunt had shared over the years. That would have been fun!

I felt like a student who had prepared for the wrong test questions as I listened to the need to find birthdays, dates of death (if needed) or addresses for my cousins and my first cousins once removed! No stories needed.

But today, thanks to Google, Ancestry.com, Legacy.com, White Pages, and the shrewd work of one cousin, I have a document to share that reduces our family tree to dates. It really does not tell the story of my family, nor does it tell the story of why my Aunt had no living relatives, even though I cared for her during her final years.

So now you know about my weekend..... In case you are wondering, it is easier to find dates of death than of birth. For those of us leaving a digital, blogging footprint, it will also be easier to find what really matters, our stories!
Posted by drferreriblogspot.com at Monday, May 28, 2018 2 comments:

The other morning, a 35 minute commute took 3 times longer! It wasn't raining and there wasn't crazy in-your-face sun glare!  It wasn't a holiday or the day after a big game, either. It was just an ordinary Monday morning that turned into a messy and expensive morning, for lots of people.

I heard about the first one as I was entering the highway but it didn't sound too bad, just a couple of cars pulled over to the side of the road, Tom, in the chopper, said.  But, "the traffic was starting to build" he assured me!  I sighed audibly knowing the traffic would likely be worse in 20 minutes when I got there!

Long before I got THERE, there was a stopped-in-traffic situation with 3 cars banging their fenders in the middle of the highway.  Then, just a mile or two down the line, there were some more cars with banged-up bumpers as they tried to make up for lost time and make time before the next slow down.  Then, down the road, just another mile or two....Well, with all that time sitting in traffic, your mind starts to wander...

I was thinking about bumper cars!  Remember them? You drive around hitting other cars on purpose.  Such as silly ride at the amusement park but in real life, bumping cars is a really awful way to start the day!

"What does it mean," I ask as we add what might be an unfamiliar word to our "fat stack of tap-able words!"
"I know, I know," a student responds as he leaps from his chair!
"It means a hashtag for when you want people to know what you are writing about!" the six-year-old responds confidently!  I nodded as if that was what I was thinking, even though I was thinking of that hateful midweek dinner (from my childhood), corned beef hash!
Not too many hours later....

"What does it mean," I ask the second grader tapping out two syllable phonetically regular words.
"I know," the reader responds confidently. "It's a red velvet delicious cake! I nodded as if that was what I was thinking even though I was ready to offer velvet as a fancy material for special occasion dresses!

Yes, our language is a changing and/or my vocabulary is getting old!
Posted by drferreriblogspot.com at Monday, May 14, 2018 1 comment:

Mother's Day may be among the most emotionally charged holidays. Even IF we have reason(s) to celebrate, this one seems to dredge up memories and scratch wounds. We all know someone who is/has struggled with infertility, loss of a child, or loss of a mom.

While I celebrate my many blessings the day, I do find my mind drifting to thoughts of my own mom. During the last years of her life, I was her caretaker providing/arranging for transportation, meals and companionship. She was often in pain and frustrated by the ravages of aging and chronic illness  To be honest, she could be quite cantankerous; yet I stopped by or called every day knowing that she could live just a little, vicariously, though my adventures at school and in traffic!

Talk about cycles of life! My mom passed quietly in the weeks after I became a grandmother for the first time. I've wondered if on some level she wanted me to be able to spend a little less time care-giving and a little more time with my own grandchildren! Who knows, but moms would do ANYTHING for their children!

I do know that this flower-grower-fueled, filled-with-emotion holiday is not the essence of motherhood and that no one can imagine the journey of being a mom. So for all those new moms, suffering moms, wanna be moms, pseudo moms, aunties and mothering dads, take a bit of advice from my mother-in-law:
Do a little something nice for yourself EVERY single day, you deserve it!
Posted by drferreriblogspot.com at Sunday, May 13, 2018 No comments:

#sol18 Danny and the Dinosour

I read the first part of Danny and the Dinosaur today with a reluctant reader.  While she, predictably, read each page with increased fluency and confidence, my mind wandered to the first time I "used" this now OLD book to empower a beginning reader! Long ago, Jason* was starting to read even though he did not want to be a considered a student nor a reader! He was mad at the world and sad that his dad would not ever come home from the war in Vietnam. Jason* was, however, a dinosaur expert, a fan of fantasy, and a thinker, outside of the box!

Marie*, who was unofficially my mentor teacher because she taught in the room next to mine, suggested I try Danny and the Dinosaur.  Marie, who had a zillion years of experience, noticed that Jason wore dinosaur tee shirts daily and she also knew he was challenging me and my efforts to encourage him to read! Jason still had many behavioral issues, but after reading Danny and the Dinosaur, again and again and again, he began to see himself as a reader.

I don't pull Danny and the Dinosaur from the stacks often these days, even though my rewrites of this story are Teacher Pay Teacher worthy! It's possible that in future  years, no one will ever pull it out of the leveled resources boxes. It is hard, on some levels, to justify using a text that refers to Indians rather than Native Americans, Eskimos rather than Inuits, and bundles rather than bags!  Yet, there is something VERY empowering about those old Syd Hoff stories that makes them seem to surpass time.

So on this Tuesday,  I am remembering the contributions of authors like Syd Hoff who long ago, in the 1950s, created texts that started off easier, to build confidence, and then grew more complex.When children finish that first 64 page book they feel like rock stars and their teachers breathe a sigh of relief.

Posted by drferreriblogspot.com at Tuesday, May 08, 2018 No comments: 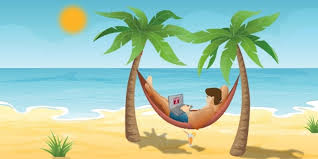 In just a few hours
It's the Last Class
For this semester
Always bittersweet.

We've read, written, reflected
Gotten to know each other
Learned from each other
Now we hold onto the big ideas
And go our separate ways.

I'll reconnect with a few students
In the fall,
In the future.
I'll be teaching a First Class
Before you know it!

Yet,
I'm probably
More wistful than usual,
Reflecting more deeply,
Than normally,
As,
I will be walking out of another
Last class
Soon.

Posted by drferreriblogspot.com at Thursday, May 03, 2018 No comments: