#sol2014 Walkway Over the Hudson Edition 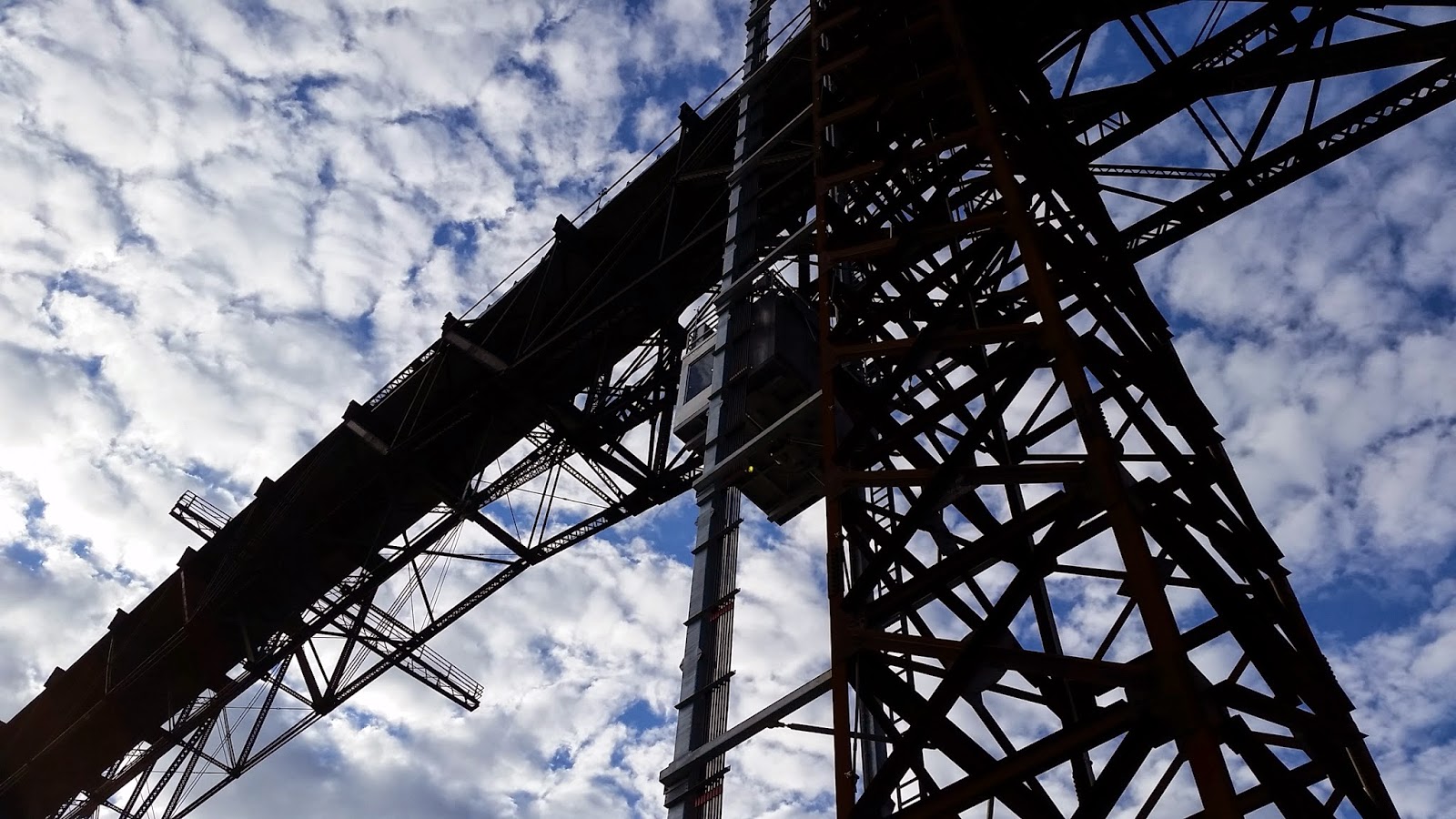 We sat and watched,
Longer than we had planned,
Looking up through the maze of steel,
Watching cotton puffs that filled the sky,
Drift ever so slowly past
The old rail bridge spanning the Hudson. 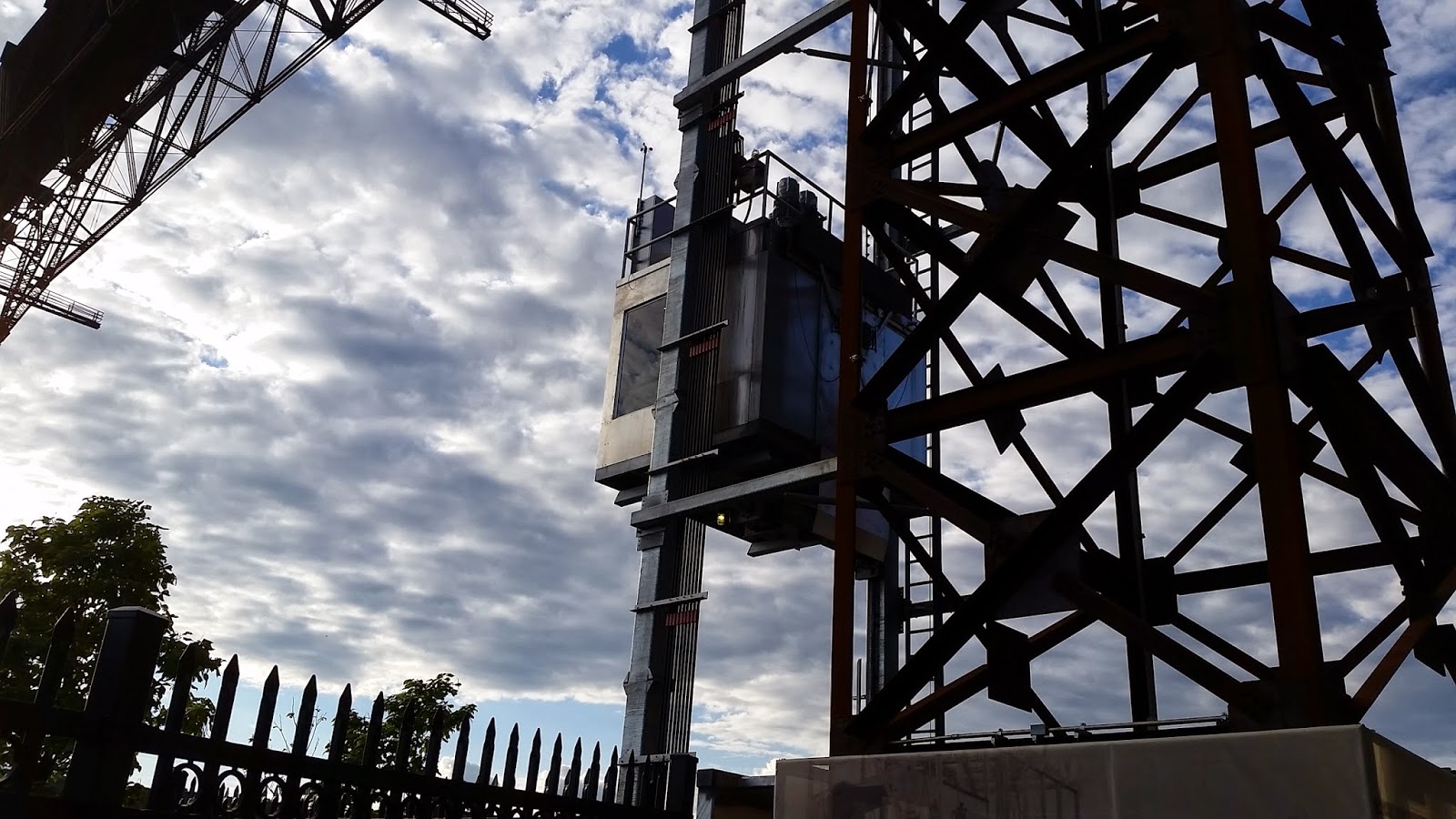 We focused on the glass box,
It groaned under the stress of bikes and people,
Then it crept up and down those cables,
Ever so slowly.
Smiling people loading and unloading.
"Wanna try it?" he asked. 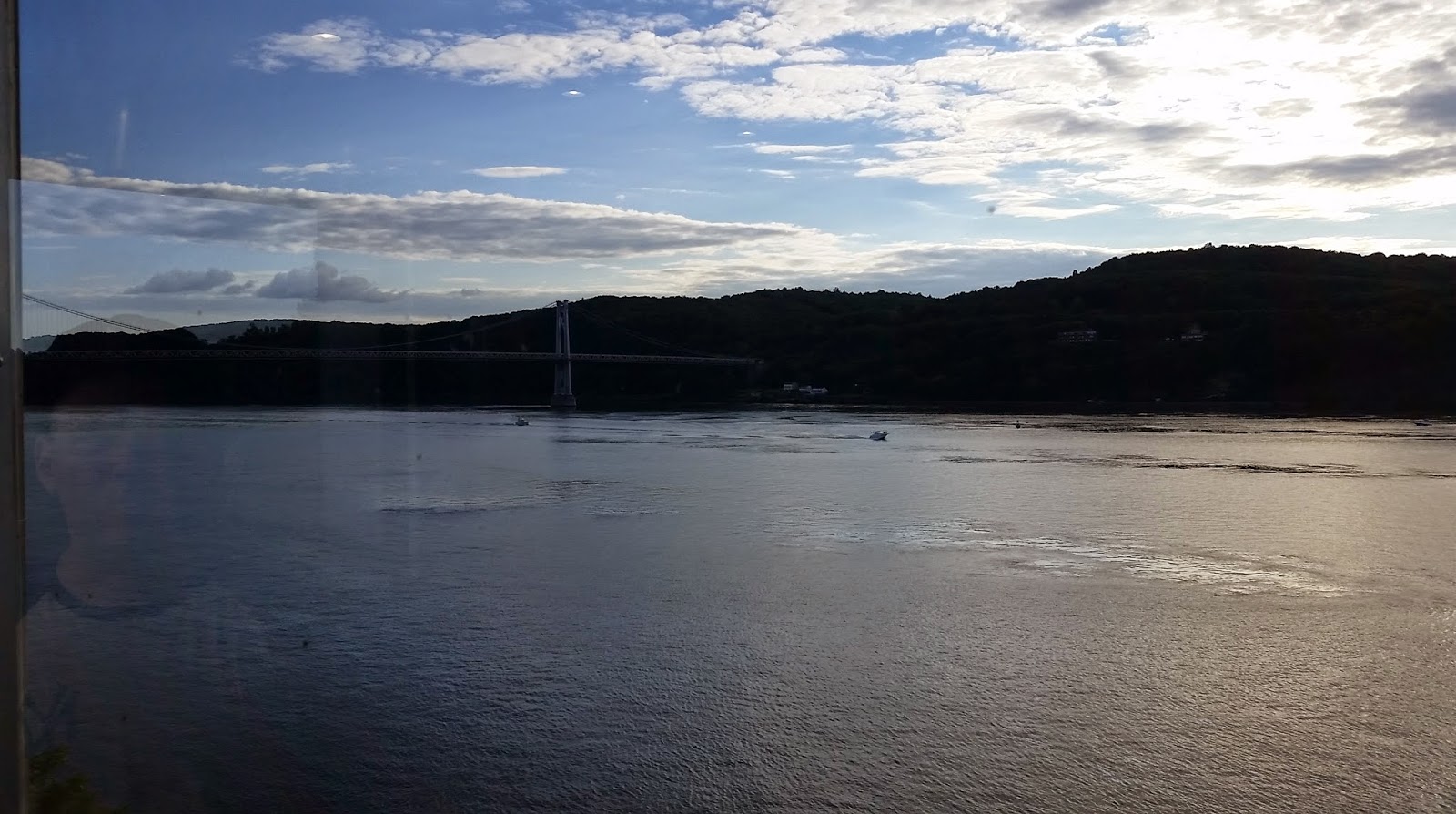 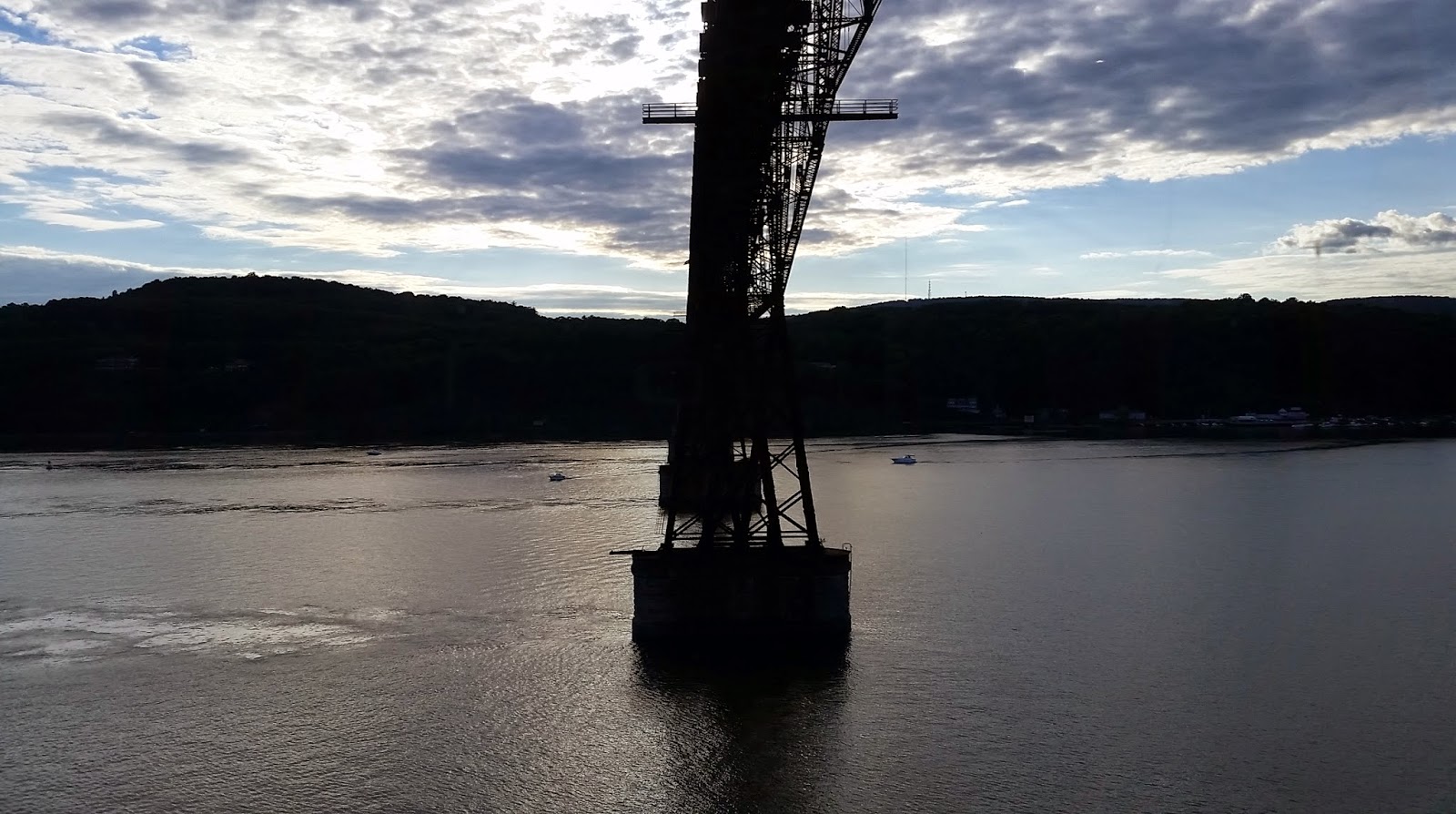 We went 21 stories in 90 seconds.
Right into those puffy clouds.
Emerging victorious
As if we had
Conquered
The biggest roller coaster on the Boardwalk 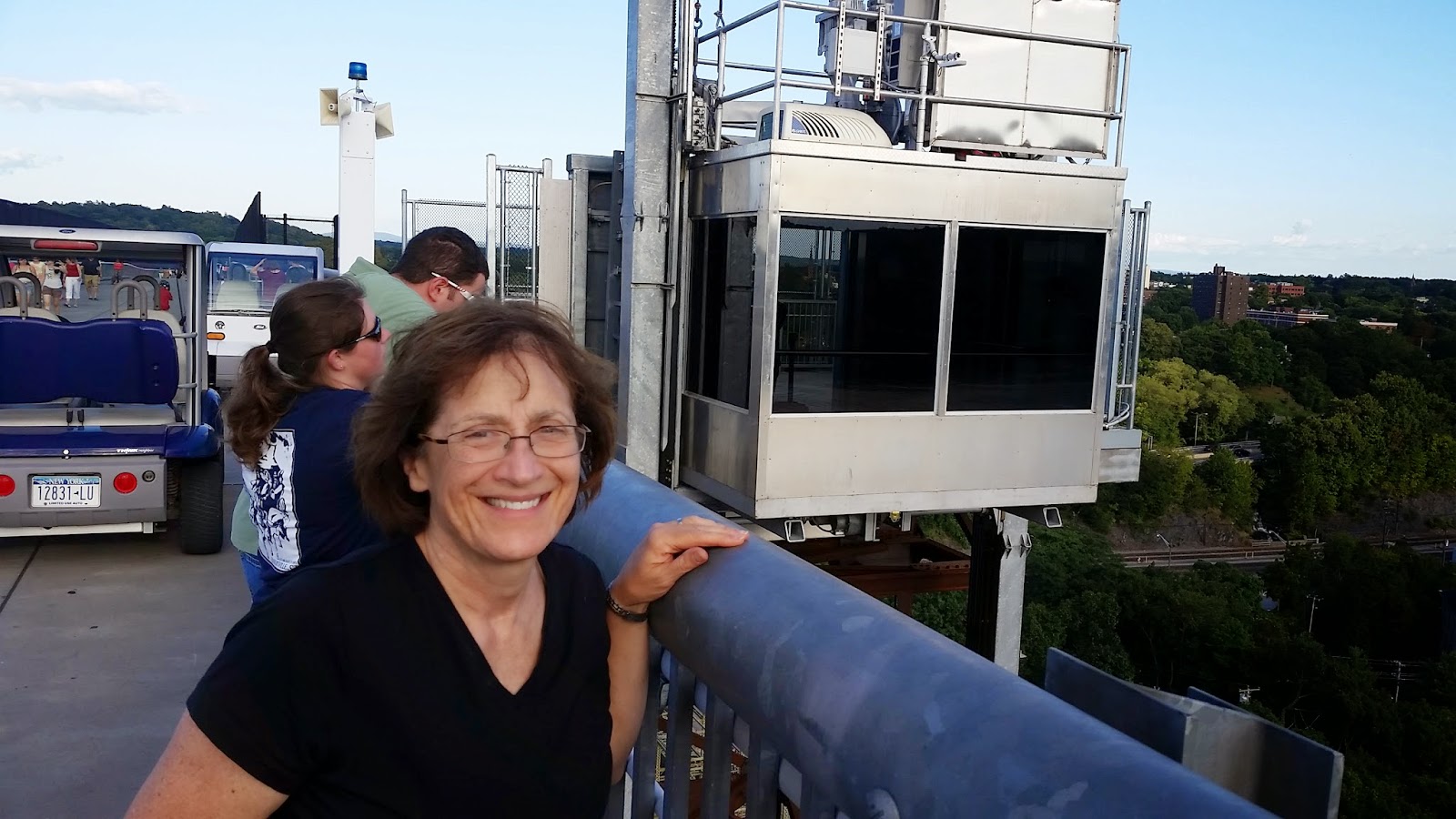 Some worried when they talked of
Restoring the old rail bridge.
"The costs, the risks, the dangers,"
They predicted.
"The views, the history, the exercise,"
Is what we have. 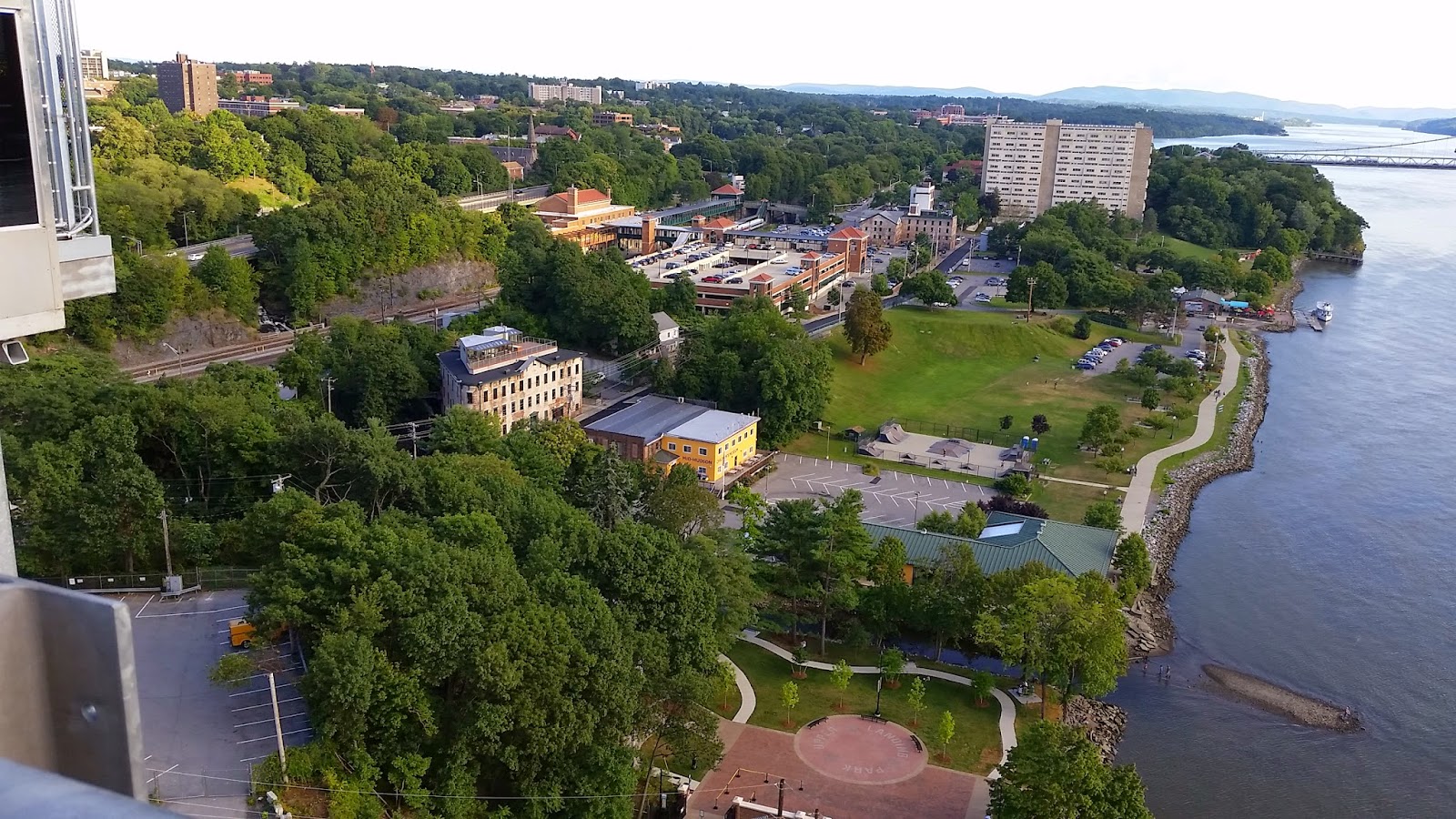 Perfect for walkers, bikers, hikers,
Accessible for strollers, wheelchairs,
Entertainment for the young and old,
Available to the rich and the poor,
A magical, surreal Slice of Life
In the Hudson Valley 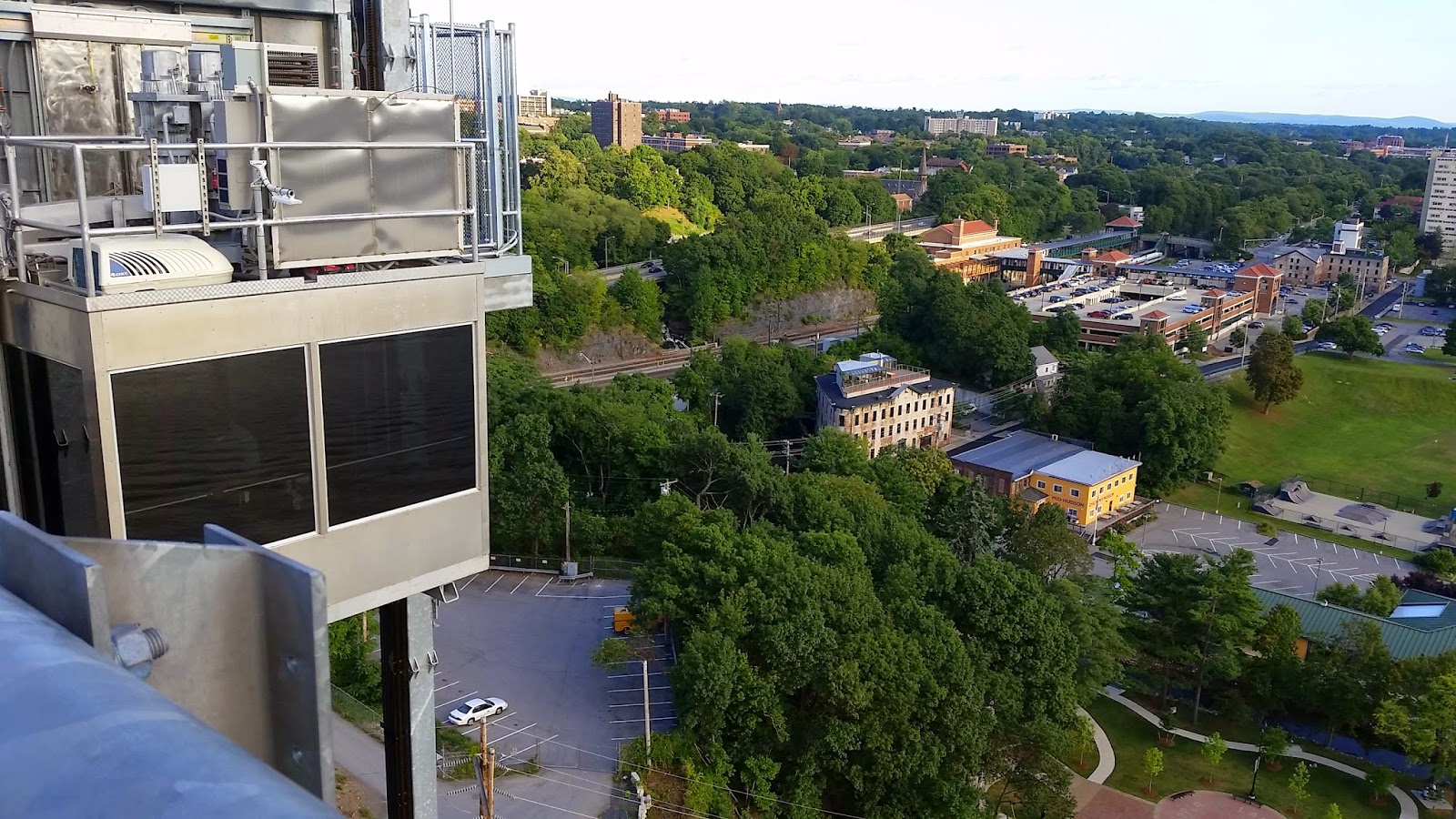 Walkway Over the Hudson State Park 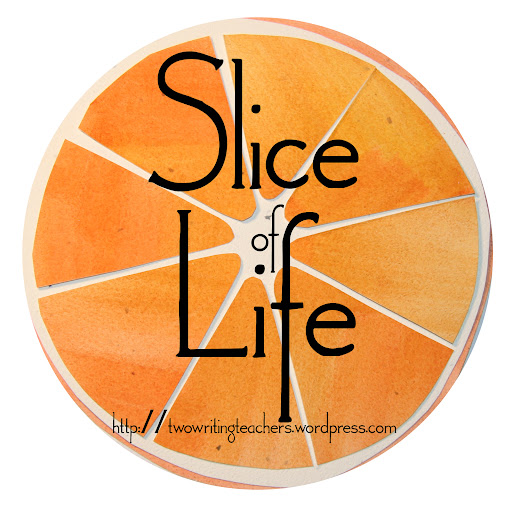 Posted by drferreriblogspot.com at Tuesday, August 26, 2014

I'd love to do this, Anita. What a wonderful experience. It's terrific to know that it's possible!