How do you build a tornado-proof relationship?

Moments later, Mary appeared and tried to comfort her agitated spouse, "I just wanted to make sure we were giving you the right medicine to make you comfortable." She effortlessly unlocked the chair and twirled him around to quickly get him out of the crowded waiting room, appearing embarrassed by his outburst and profanity.  Like a swiftly moving tornado, she whisked him towards the door.
"I'm sorry," he said softly, "you know how I can get."  She patted him gently on the shoulder as they went swiftly through the door, a touch representing (I suspect) her understanding of how "he is" as well as how "he was." I suspect that simple gesture represented a relationship once based on the passions of youth.  However, over time, that relationship was transformed into a might fortress, strong enough to endure the horrid assaults of age and illness.  They were gone in a flash like a tornado that sweeps through a valley, leaving a swath of unanswered questions. 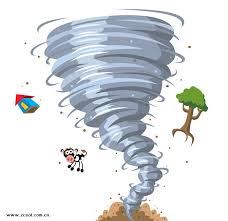 I wondered how many small disagreements such as, "You didn't call and I was so worried about you," or, "I do not want to move to Mahopac," it took to build such as strong foundation.  I wondered if their commitment grew stronger as they realized they had endured one of them working to advance a career and the other "left" home to raise the children or if they had each had a career and found ways to meet the challenge of snow days, sick days and day-care woes.  I wondered if their love grew strong as they survived the challenges of teen-age-angst or if it was his care of her during an illness many years ago that had cemented a foundation strong enough to endure daily strife. I wondered if they had worked side by side to build a life or if one of them had led and the other followed. I wondered if they had held onto each other tightly as they lost someone dear.  I wonder how many times each of them had walked away from an argument deciding that "this" was not a hill they were willing to "fight for" knowing that their marriage was more important than a another baby, a banged fender, or a differing perspective.  I wondered if they relied on faith or counseling or friends or whisky when their love-light dimmed, as certainly, at times, it had.  I wondered if they went separately at times allowing their passion to rekindle or if one had held tightly as they other questioned what more life might hold.  I wondered how many fights and disagreements it took to build such an  iron-clad relationship.

While I'll never know the answers to their story and most likely will never meet them again, I was infatuated with their "story."  I noticed there were no "dears" or "sweeties" in their conversation.  They didn't need hand holding, tender glances or words of endearment for others to know the depth of their love and their commitment.  I wondered what the young couple on the other side of the room, who had obviously endured much already, were thinking.  He too was in a wheelchair, one leg missing, and she sat, attentively, listening.  For their sake and for all on this journey, I would love to know, "How do you build a tornado-proof relationship?"

Posted by drferreriblogspot.com at Sunday, July 07, 2013

We try not to go to bed mad!