He waves his arms up and down as he croons, "OOoooooooOOOoooo," which I am sure is, "my Grammy has come to play."

He reaches for my hand while my coat is still on and places it gently on a tiny car.  "Vroom, vroom," he reminds me. "Let's play cars like we did when you came the last time. remember?"

A few minutes later, he grabs my hand, firmly, and places it on the door knob. "UuuuUuuuuu. Outside, please, Grammy," he says clear as a bell without every uttering any of those English words.

Then, he looks at me with eyes that sparkle with potential and clearly say, "Take me to the park, please,Grammy."

Then, while I hold his baby brother for a moment, he puts my shoes near the door.  "Let's go," he says with his smile as he takes my hand, again, and places it on my shoes.  "Let's go to the park so I can go up and down the stairs and turn that steering wheel pretending to drive an imaginary car."

"There is so much we could do outside, right Grammy? Do you remember my watering bucket?  I could show it to you again. Do you want to see my broom?  Do you want to see some rocks? We could pick them up and put them in the bucket.  Remember? OoooOOOooooOOOOooo," he crooned.

It seemed as if his arms that speak so clearly as well as his that glisten with excitement and his voice, filled with his own temporary, approximations of English language, is offering our own version of a during-the-day-right-now let's get-outside-and-play-rewrite of Sandra Boyton's Good Night Moon.  While I'm not totally sure of the words running through his head, it might just be....


The sun is bright
But the days are short,
There is so much we could do
But we have to get outside
While this day is still new.

I can run and play and hide.
You can too.
Let's run and run
Let's have fun in that sun... 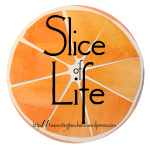 I'm so glad you came to play,
Let's do this every day! 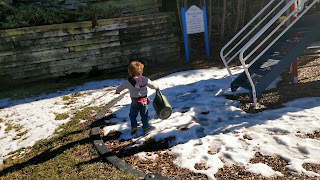 Posted by drferreriblogspot.com at Thursday, March 02, 2017

So. Much. Fun. I love that conversation bubbling with the spirit of discovery...and SO much energy.

I just love this so, so, so much! I love the imagined conversation behind the words and noises. So much love here!!!

i found myself smiling throughout this whole post. There is nothing like the enthusiasm of a young child!